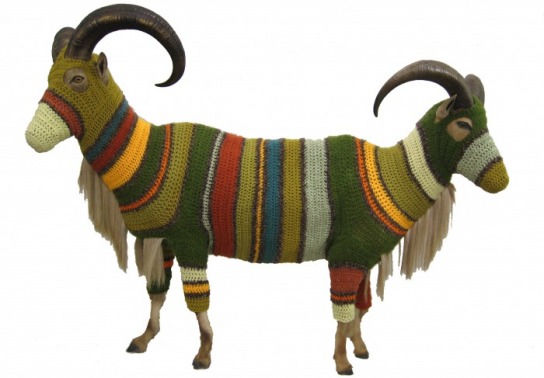 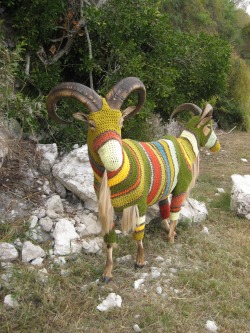 The pushmi-pullyu (Tragus januali) inhabits the Sierra Colorado, an arid, sub-alpine region of the Sidereal. From a distance, the mountains appear orange due to the bright lichens growing on the boulders. With zero inches of summer rainfall, the mountain range's only precipitation is winter snow, which rushes down the mountains at first thaw. While many of the shrubs harbor water, they also contain a compound both bitter and slightly poisonous. The pushmi-pullyu instead feeds almost exclusively on the colorful lichens that give the Colorado Range its unique appearance. The lichens possess just enough moisture to keep the pushmi-pullyu hydrated. Like the kangaroo rat of our world, the pushmi-pullyu does not urinate, but instead excretes chemical crystals in order to conserve water.

The relationship between sheep and lichen has affected almost every aspect of the sheep's physiology from the color of its coat to its excretory system. Perhaps most striking are the pushmi-pullyu's two heads, which confer a survival advantage when it comes to grazing the lichens populating much of the landscape. The limited daylight in the mountains and the minimal caloric content received from the lichens account for the sheep's need to consume as much as it can in a short Sidereal day. When it discovers a patch of rock flush with lichens, a pushmi-pullyu can, in an hour, ingest enough calories to sustain it for the entire day.

Many mysteries of the species' existence remain, but it is thought that individuals are capable of parthenogenesis, reproduction without fertilization. The sheep live an isolated existence due to competition for food, thus rendering certain slopes inadequate for more than one or two sheep. Further study of these amazing creatures is needed before such a suspicion can be confirmed.