Welcome to the Museum of Unnatural History 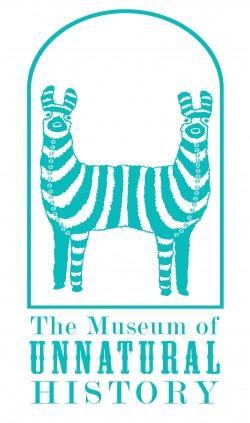 In 1995, during an expedition to Mount Everest, biologist Dr. Thomas Harrigan gained access to an undiscovered world through a crevasse deep in the frozen, windswept slopes. Harrigan's guides claimed that the portal to this world had not been open for centuries -- the creatures within were known only as myths. Harrigan spent the next decade seeking other passageways to the place he called the Sidereal. He was only able to find four access points, and the portals always disappeared after Harrigan had crossed them to the other side. During his most recent and longest expedition, Harrigan and his team almost couldn't find a way to return home.

In many ways a mirror image of our world, the Sidereal seems to have produced adaptations wildly divergent from those we see on earth. Despite the dramatic landscapes and extreme temperatures found in Sidereal ecosystems, the realm is nearly devoid of predators or other threats to the animals who inhabit it. Harrigan hypothesizes that Sidereal species are descendants of individuals from our world who somehow made it through ancient portals. The isolation in which many of the species live has allowed for evolution on a scale surpassing that of the Galapagos Islands and the Hawaiian Archipelago.

We are privileged to have specimens collected on Harrigan's recent exploratory missions. These represent only a fragment of the diversity of life found in the Sidereal. During his trek to the Range of Singing Arrows to find the elusive pushmi-pullyu, Harrigan wrote that "Despite the advances of the Industrial Revolution and subsequent eras of invention, we remain simpletons in comparison to the fantastical and brilliant instinct of evolution. The human mind could never design through will or wile the adaptations these creatures have developed simply by existing in a realm that defies the boundaries of modern science."