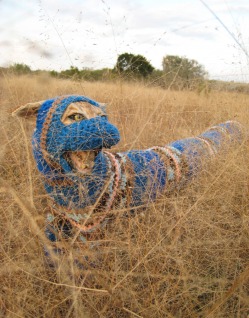 The longcat (Lynx metamorpha) may be found in the Desert of Singing Arrows, a mostly barren region dotted with islands of life -- small groves of trees called kipukas -- that provide shelter and sustenance. A variety of rodents, birds, and insects flock to the kipukas, some making permanent homes, others migrating among the oases. The longcat represents both modes of existence with the males ranging over a wide territory, spending little time at a particular kipuka. In contrast, the females prowl a more circumscribed territory where they will raise litters of two to four kittens by themselves. Both males and females are possessive of their territory, marking it with feces and urine.

Most notable for its grace in motion, the longcat is endowed with remarkable bone structure that can bend as the longcat extends its limbs or body. The cats seem to slither snakelike through the grass as they expand and contract. Their lack of camouflage is countered by the great speed with which they can dart their limbs out to capture prey. Individuals may also be seen standing on extended limbs surveying the grasses like a hawk until a movement gives away the presence of a mouse or other rodent. Then the longcat extends its head, snatches the animal up, and wolfs it down in one motion. 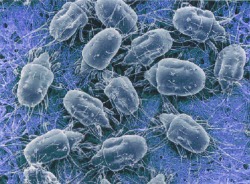 Unusual bone structure is only one aspect of the longcat’s biology. The species has also developed a highly unusual mutualistic relationship with a common species of mite, Demodex lubrica, which is similar to the mites that afflict domestic dogs. These bright blue parasites would ordinarily pose a disadvantage to their host, but Demodex lubrica excretes an oily substance that conditions the constantly accordioning skin and fur of the longcat. The mites assiduously clean dirt and other particulates from the folds of skin. Without the mites, longcats are prone to cracked skin and infection. The mild itching and loss of blood (which result from the mite bites) are a small price for the longcat to pay for dermal health. Due to the density of the mites on the skin and fur, the longcat takes on a characteristic bright blue color.